I am shifting to the west side today, to the area of Riverside. Back in December and January, I helped Riverside resident, Dave Zelman, with a presentation on Cincinnati oldest suburb. It was a wonderful program and it opened many eyes to just how many Civil War era homes are still standing in Riverside but they continue to be threatened. Here are some general facts about Riverside:

The twin houses really are sisters, as they were built by Wright family. The head of the family was D. Thew Wright.

Entering upon active connection with the Cincinnati bar in 1850, Judge D. Thew Wright has since the initial period of his professional career occupied a commanding position among Cincinnati lawyers. He is, moreover, one of the city's native sons and has reached the age of seventy-seven years, his birth having occurred in 1825.
…
Judge Wright began his education in his native city, attending the public schools and the old Woodward College, wherein he continued his studies until he entered Yale in 1R44. He was graduated in 18.t7 and was one of the early college-bred men of this city… Subsequently he attended the Harvard Law School and was graduated in 1849 on the completion of a two-years' course… Sixty-two years' connection with the profession in Cincinnati gives Judge Wright the title of nestor of the city bar... He has always held to high ideals with strict regard to the ethics of the profession and has never allowed the zeal of an advocate nor the pleasure of success to make him forget that there are certain things due to the court, to his own self-respect,  and above all,  to justice and the righteous administration of the law. He was given the first supreme court commission of Ohio by President Hayes in 1873 and filled the position for three years, which period was passed in Columbus, Ohio. On the expiration of his first term he returned to Cincinnati…
…
In 1859 Judge Wright was united in marriage to Miss Juliet Rogers, a daughter of John and Anne Rogers, whose parents came from Virginia, her father being a prominent merchant of Cincinnati. Unto this marriage were born three sons and four daughters: Rogers, who is his father's partner in the practice of law; Nannie, who became the wife of Thomas Johnston of Boston, and after his death married Harry Colburn; Dan Thew, who married Alice Williams, of Cincinnati; William Shrewsbury; Annette, the wife of Edwin Besuden, of Cincinnati; Nathalie; and Marie Louise, the wife of Harry Eldridge Goodhue, of Boston.

With the public life of Cincinnati in many of its leading phases Judge Wright has been closely associated. He was a stalwart advocate of the Union cause during the Civil war and went to Pittsburg Landing to act as a volunteer nurse after the hotly contested engagement which there occurred. He was one of the earliest members of the Cincinnati Literary Club, with which he has always retained his membership and he likewise belongs to the Yale Club. In politics he has been a stalwart republican since the organization of the party and was very active in support of Fremont in the campaign of 1856. In 1862 he was offered the candidacy for congress but declined the nomination, as his ambition has never been in the line of office holding…

Around 1895, D. Thew Wright's children were getting married. He built two homes on his property to the west of his home. His daughter, Annette, married Edwin Besuden, and moved into 3712 River Road. Her brother, Daniel T. Wright married Alice Williams and moved into 3716 River Road.
Daniel T. Wright was like his father and also became a successful lawyer . He received his law degree from the University of Cincinnati in 1887. He was solicitor for the Village of Riverside from 1888 to 1890 and then was mayor of the village from 1890 to 1893. During this same time period, he was a county prosecutor and a Court of Common Pleas judge from 1893 to 1898. In 1903, he was appointed to the U.S. Supreme Court by President Theodore Roosevelt.

As you can imagine, this appointment caused Daniel T. Wright to move to Washington D.C. His sister and her husband moved to Newark, Ohio. By 1910, the twin sister homes were rental property which has continued until today. Their father's original homestead was demolished in the 1930's for new homes.
Because of its architectural significance and its ties to a Supreme Court Justice, the home at 3716 River Road was added to the National Register of Historic Places in 1982.


Today, the homes unfortunately have been foreclosed and now are bank owned. Between them, they currently house 9 apartments. The lot is over 2 acres, and many interior details are intact. 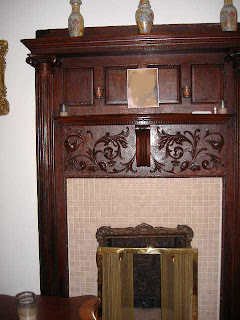 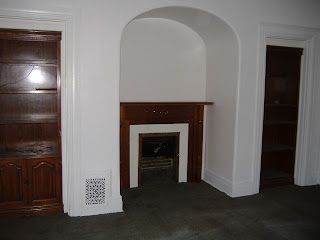 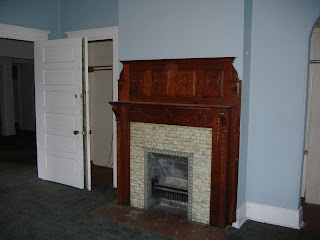 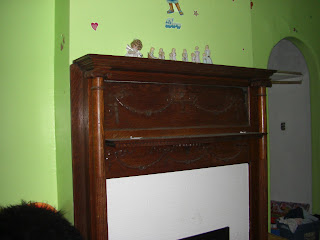 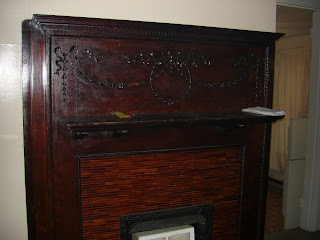 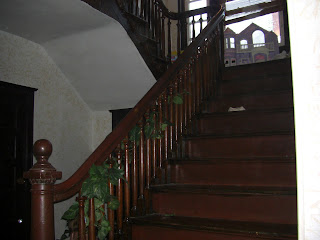 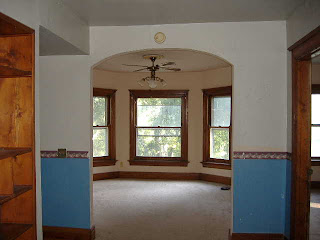 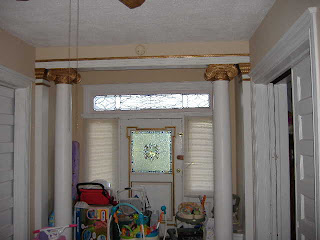 If you are interested in helping rescuing these homes, the bank contact is Guardian Savings, Remo Loreto 513-661-9000. Thanks to Dave Zelman for the photos and the Riverside history!
Posted by cincyhistoryluvr at 7:02 PM
Email ThisBlogThis!Share to TwitterShare to FacebookShare to Pinterest