This is another commissioned project for Cranewoods Development, LLC, who wanted to know the history of their project, McFarland Lofts. The information was so interesting, I decided to share it on the blog as well!
This building was not the first on this lot, which sits behind the old Cincinnati Gas, Light & Coke building, now the part of the Fourth & Plum Apartments. Originally, it was the location of the New England Straw Works, making primarily hats.
However, in 1901, the Cincinnati Gas Company purchased these buildings in preparation for constructing two new buildings:

The property was sold to the City of Cincinnati in 1952 and soon after, the offices of the City Income Tax Bureau and the Citizens Committee on Youth were located here until 1975. In 1977, plans were made to convert the buildings at Fourth and Plum into apartments, completed in the early 1980's, but 304 McFarland Street was not included in those plans.
It seems the McFarland building was vacant until 1995, when Gary Even, Miami Valley Paper Hanging and Bambeck & Vest, general contractors, took up offices here until 2005, when plans turned to converting the building into loft spaces. In 2007, architect Conrad Oppt bought the building, but cash ran out before he could complete the project. Andrew Howe, of Cranewoods Development, LLC, purchased the building in 2010, and completed the renovation, keeping the former hayloft/loading doors as balconies. The original hoist beam can still be seen on the building today.

Posted by cincyhistoryluvr at 11:49 AM No comments:
Email ThisBlogThis!Share to TwitterShare to FacebookShare to Pinterest

Thanks to Vanishing Cincinnati's Facebook page for the following picture of Inwood Park in Mt. Auburn which inspired this blog post:
Cincinnativiews.net gives a wonderful summary of the history of the park:

Originally called "Schoenberger's Woods" this site along the Vine Street hill south of McMillan was the summer home of Cincinnati Millionaire George K. Schoenberger. It later became of source of stone used for the foundations of many Cincinnati homes. After the quarry was abandoned, the site turned into a dump. In 1904 the city acquired the 20 acres of land and completed a park that had already been started by local volunteers. Not seen in these cards is the 10' granite monument honoring Friedrich Ludwig Jahn (1778-1852), founder of the Turner Society in Germany, (see Turner Page). Turner societies regularly paraded up Vine Street from their hall at 14th and Walnut Streets to hold picnics and other events here. It was unveiled on October 22, 1911.

The following pictures were found at CincinnatiViews.net: 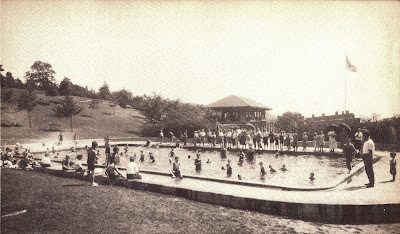 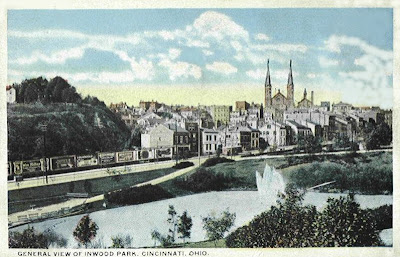 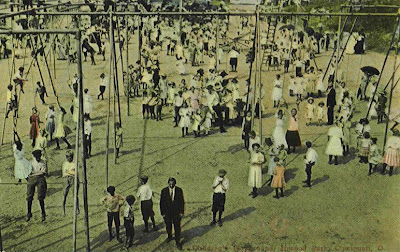 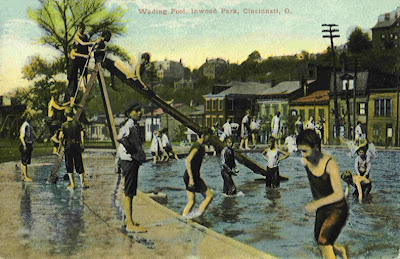 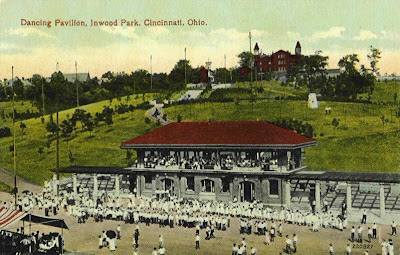 The large building in the distance in the postcard above is the Cincinnati Orphan Asylum, built in 1860. It was rebuilt in 1930 by Hannaford & Sons as the Children's Convelescent Home and closed finally in 1973. The 1930 building still exists and was converted into the Wellington Place Medical Arts Center.

Posted by cincyhistoryluvr at 11:51 AM No comments:
Email ThisBlogThis!Share to TwitterShare to FacebookShare to Pinterest 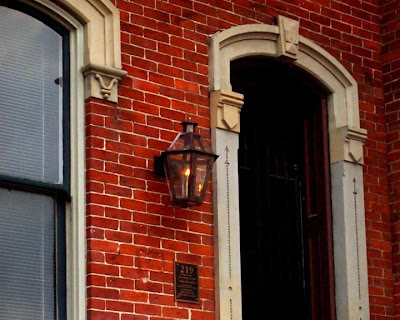 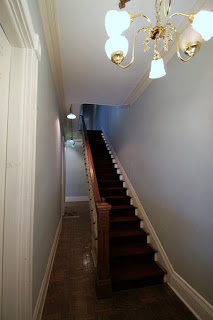 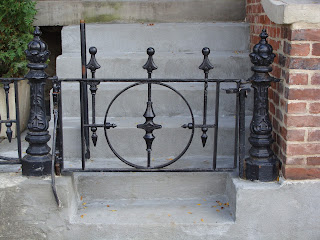 Posted by cincyhistoryluvr at 11:18 AM 5 comments:
Email ThisBlogThis!Share to TwitterShare to FacebookShare to Pinterest
Newer Posts Older Posts Home
Subscribe to: Posts (Atom)