Wahrheit, Tugend, Freiheit
Truth, Virtue, Freedom
These are the words inscribed on the church building at the corner of Race and 15th Streets in Over-the-Rhine. This building dates from 1850. Here is a brief history found on-line:

Now we must turn our attention back again to the North German Lutheran Church. Pastor Moelhnann, who had founded the congregation, and who had dedicated the church on Walnut Street early in 1840, died suddenly in May, 1840. Now came a sequence of successors of rather short duration. One of these was Heinrich Suhr, who was elected to the preacher's office in 1845 instead of his rival, Robert Clemen. This election led to another split, because the supporters of Clemen went their own way, and founded the German Evangelical St. Paul's congregation, the fifth German church in Cincinnati. However, on account of low salary, Mr. Clemen did not remain with the new congregation, and they also had a succession of short-duration preachers. After five years, during which the young congregation met in an old building on 2nd Street, they moved in 1851 into a new church on the corner of 15th and Race Streets in "Over-the-Rhine." Here they remained until the year 1948.
Finally, with the arrival of Gustav Eisenlohr (father of Hugo Eisenlohr who was later pastor of St. John's Church) in 1857, and Eduard Voss in 1879, lasting stability came to St. Paul's congregation.

There was a drugstore built into the bottom right side of the church as a way to pay for the construction of the building. More about the store and the family that ran it for many year can be read in a previous blog post.
The rumor that the church never had a steeple is not true. As you can tell from the postcard above, the steeple did exist until 1890.
By 1949, the congregation had merged with St. Peter's and became known as St. Peter and St. Paul United Church of Christ. They built a new building in Westwood and this one in Over-the-Rhine was sold to the Church of God of the Mountain Assembly, who retained ownership until 1974.
After the sale in 1974, the church sat empty for many years and decay set in. The following pictures were taken by the Cincinnati Preservation Association (under their former name, the Miami Purchase Association), circa 1980's. 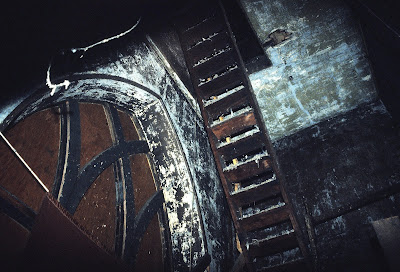 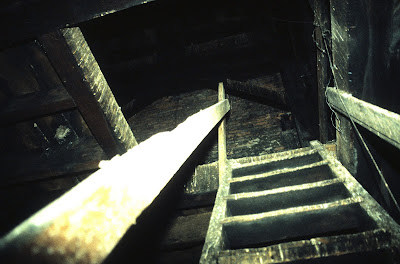 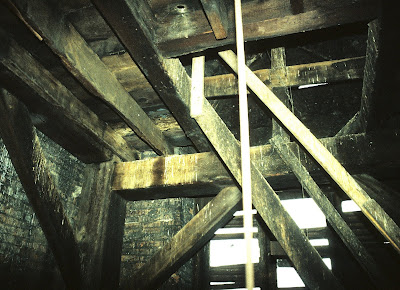 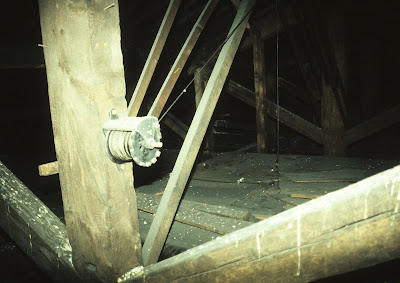 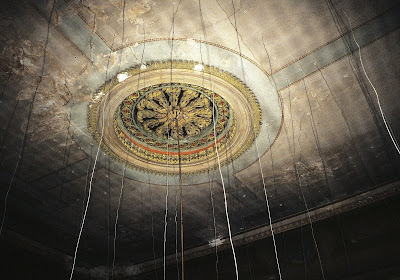 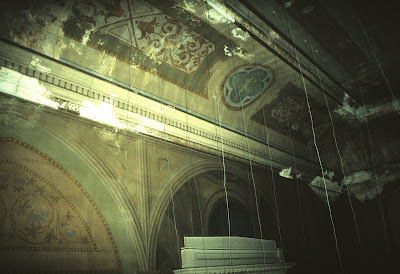 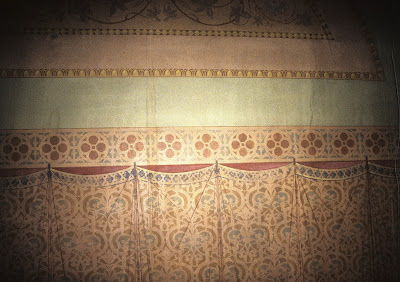 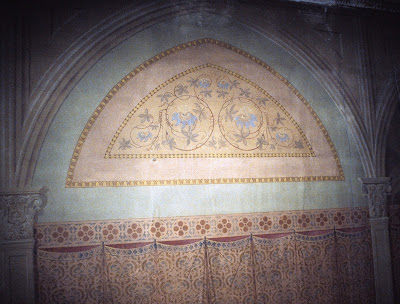 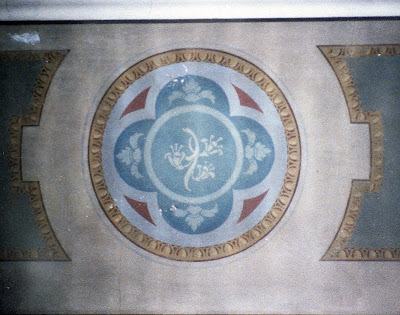 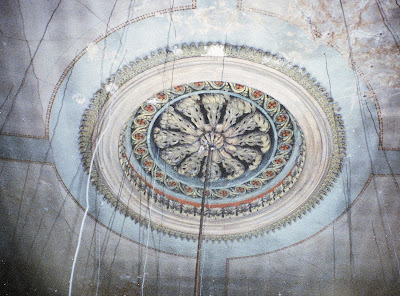 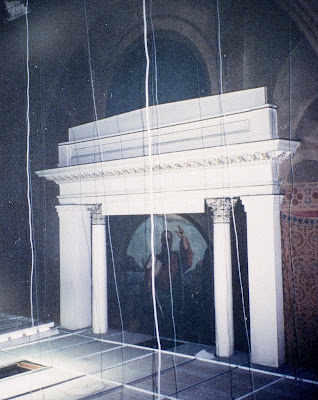 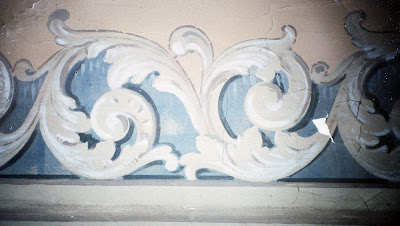 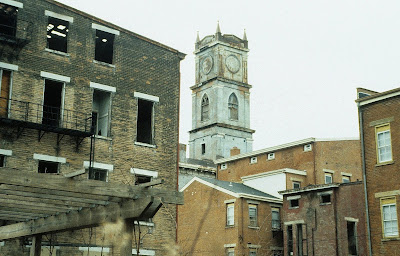 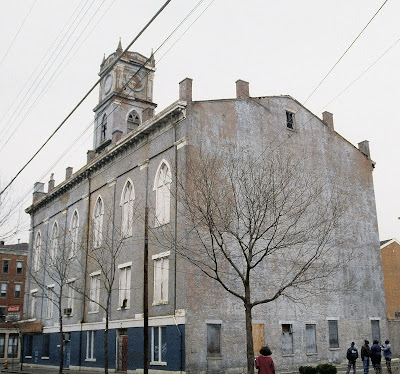 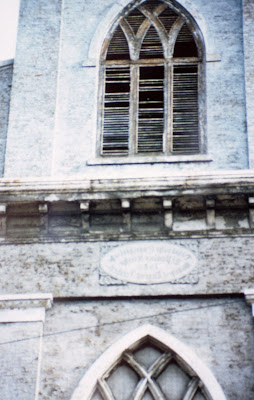 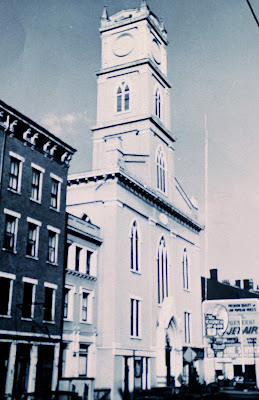 In 1999, efforts were made to fix the leaking roof and find another use for the building, but these plans never came to fruition. Further damage occurred to the steeple in 2008 from the hurricane force winds that affected much of our region. CityKin described much of the damage that occurred in Over-the-Rhine.
Starting in 2010, 3CDC began stabilization work for the roof, which was collapsing. That work is now complete and the building waits for a new life. The following photos were taken by Photography for the People. Be sure you like them on Facebook to see more amazing pictures! 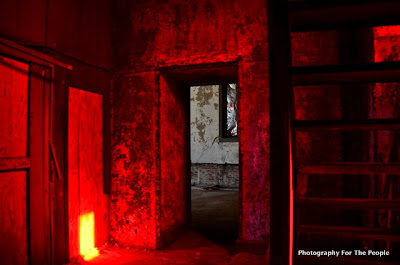 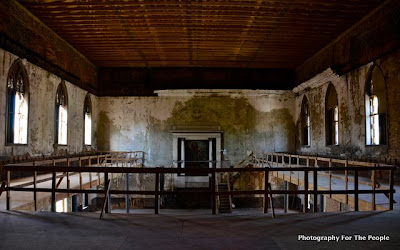 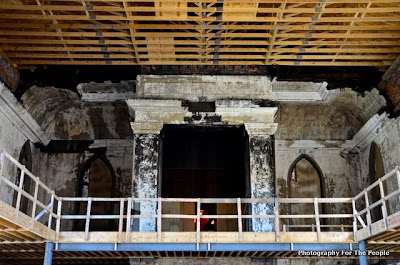 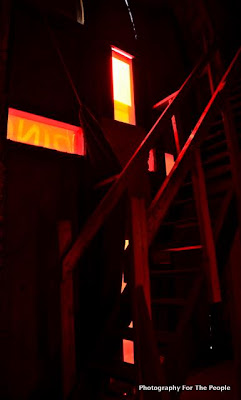 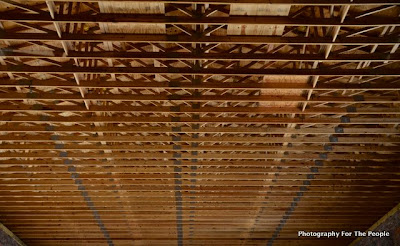 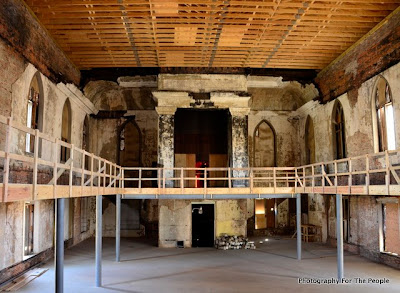 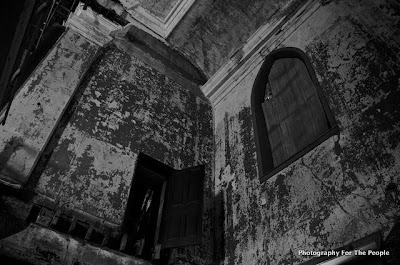 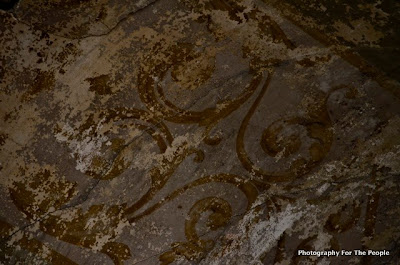 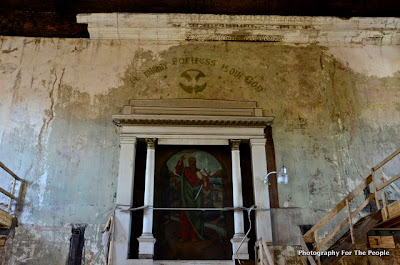 UPDATE - April 2, 2015
The building has indeed found new life as Taft's Ale House. A sneak preview can be seen on 5chw4r7z Blog.
Posted by cincyhistoryluvr at 11:03 AM
Email ThisBlogThis!Share to TwitterShare to FacebookShare to Pinterest