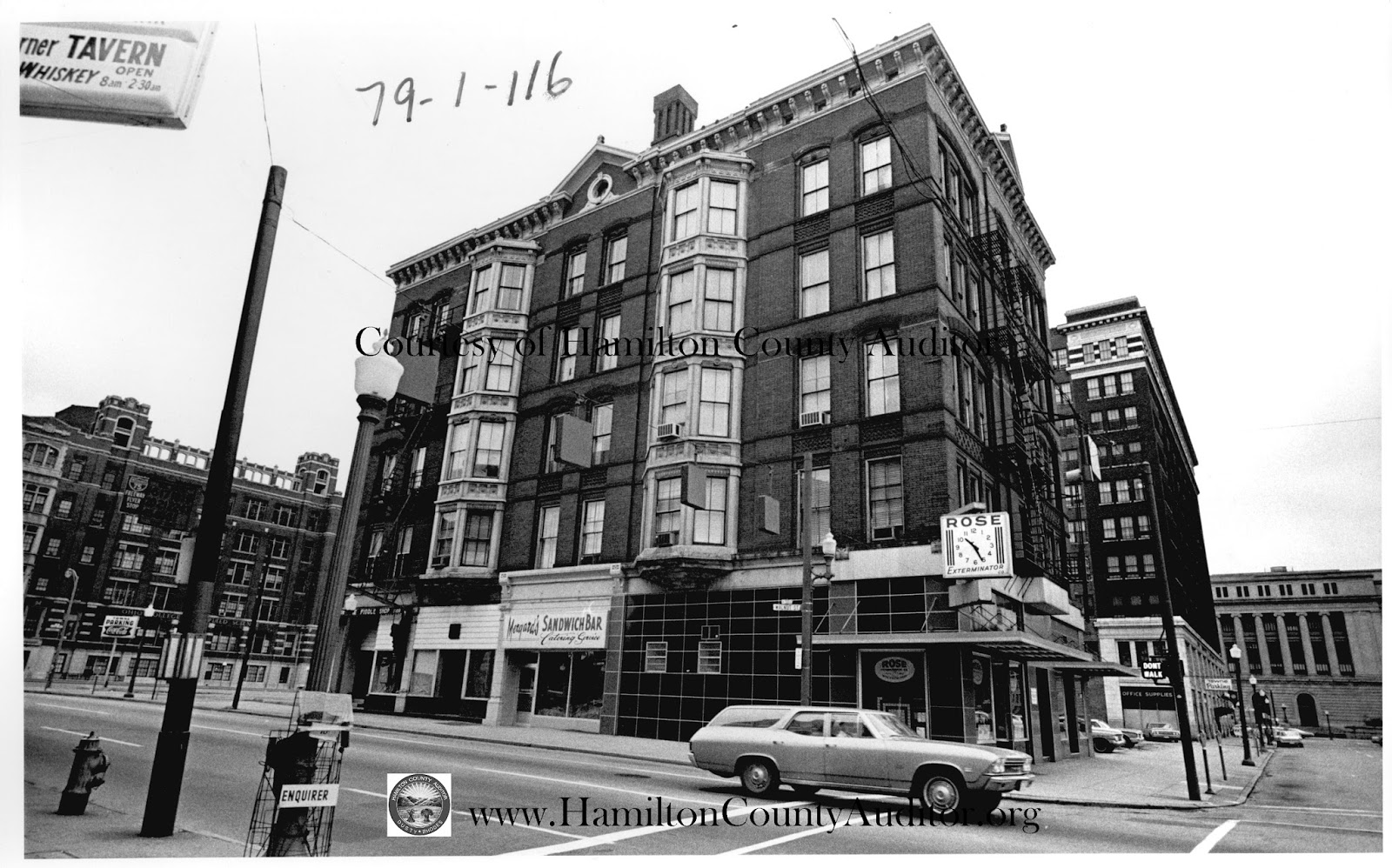 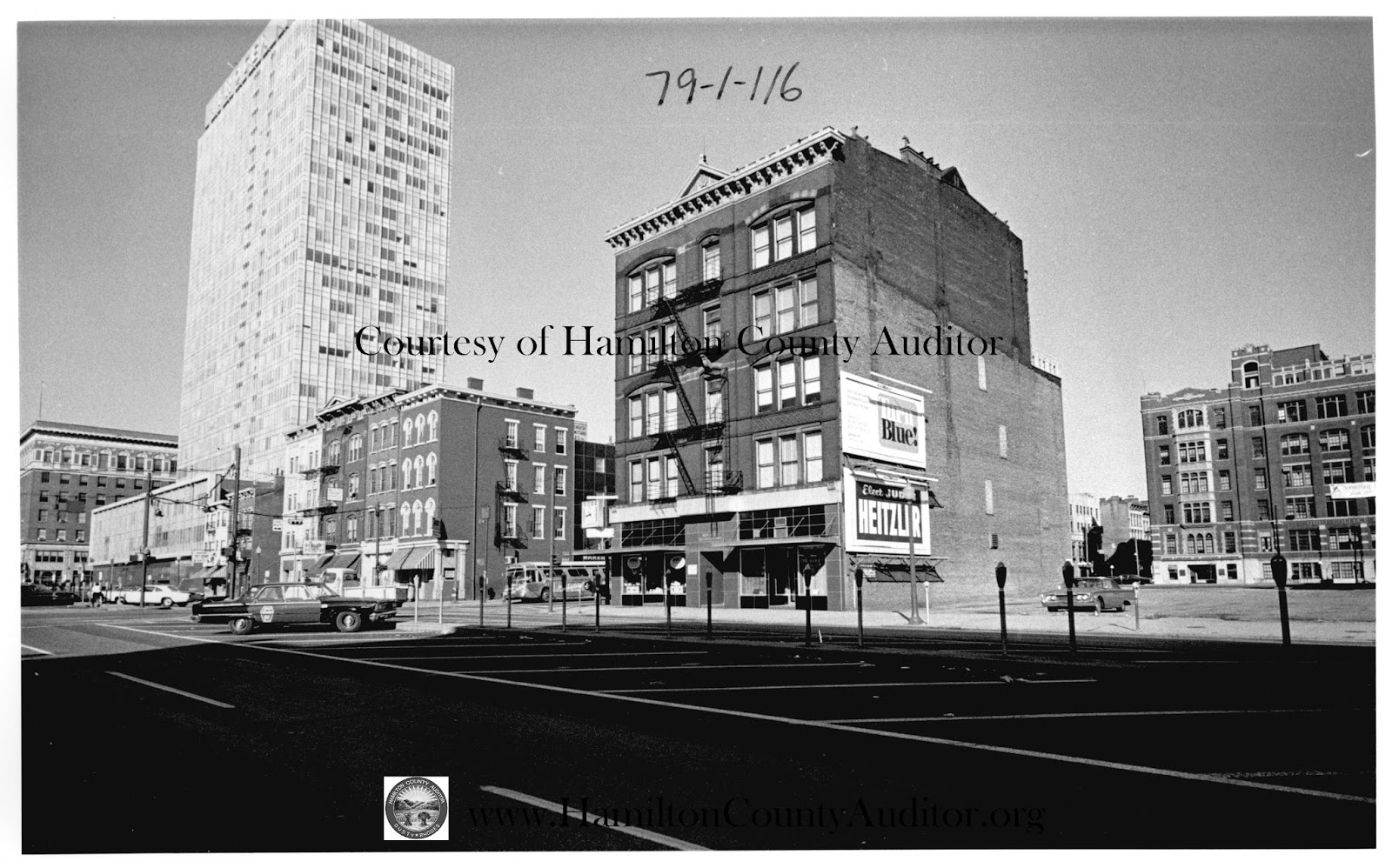 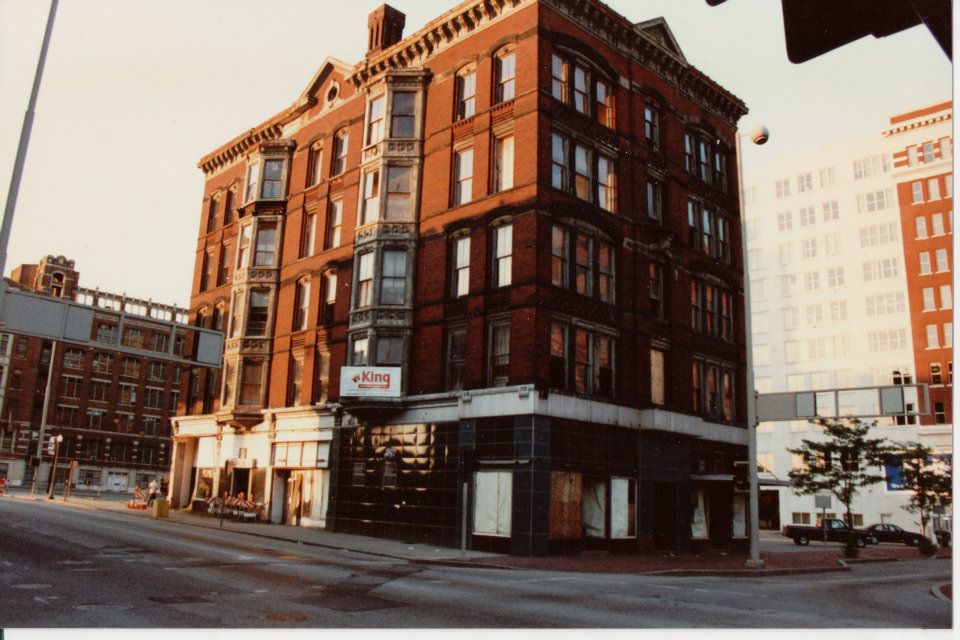 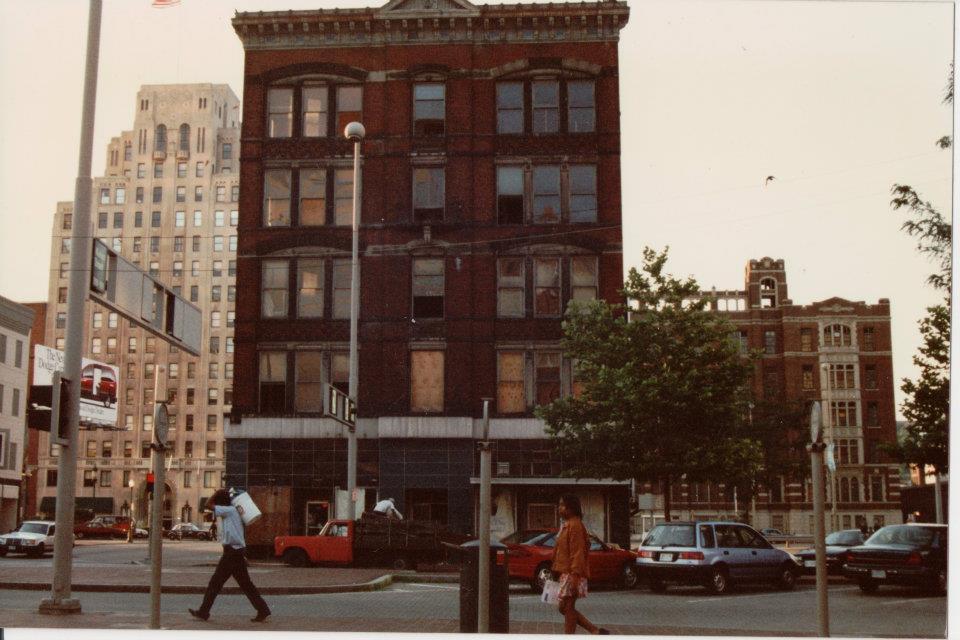 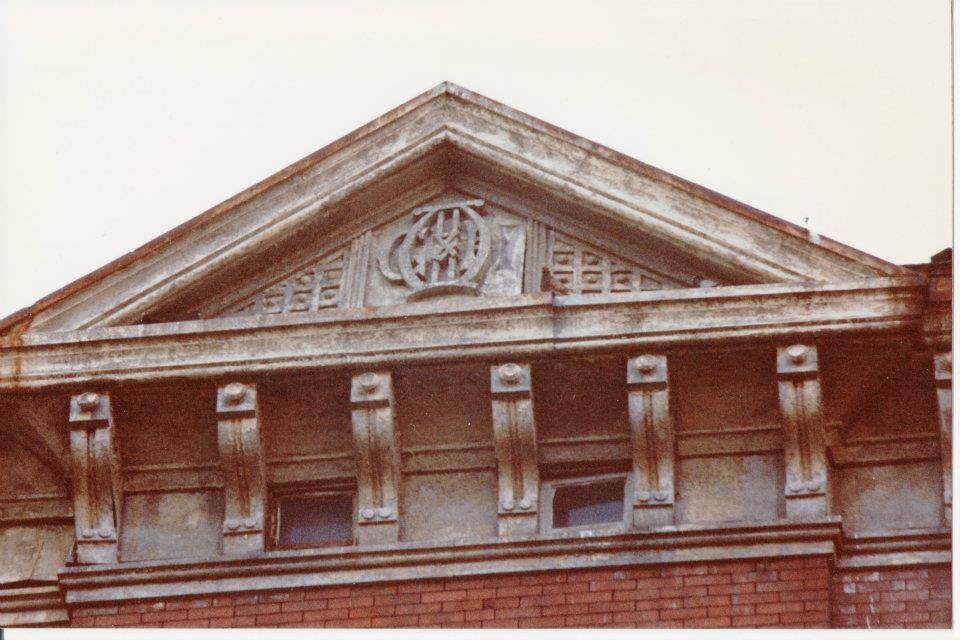 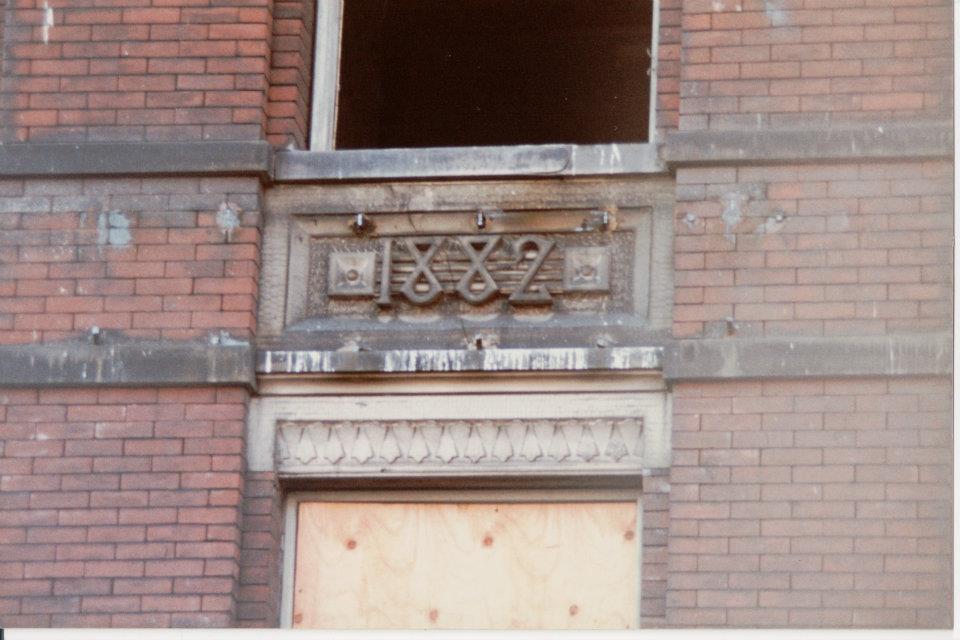 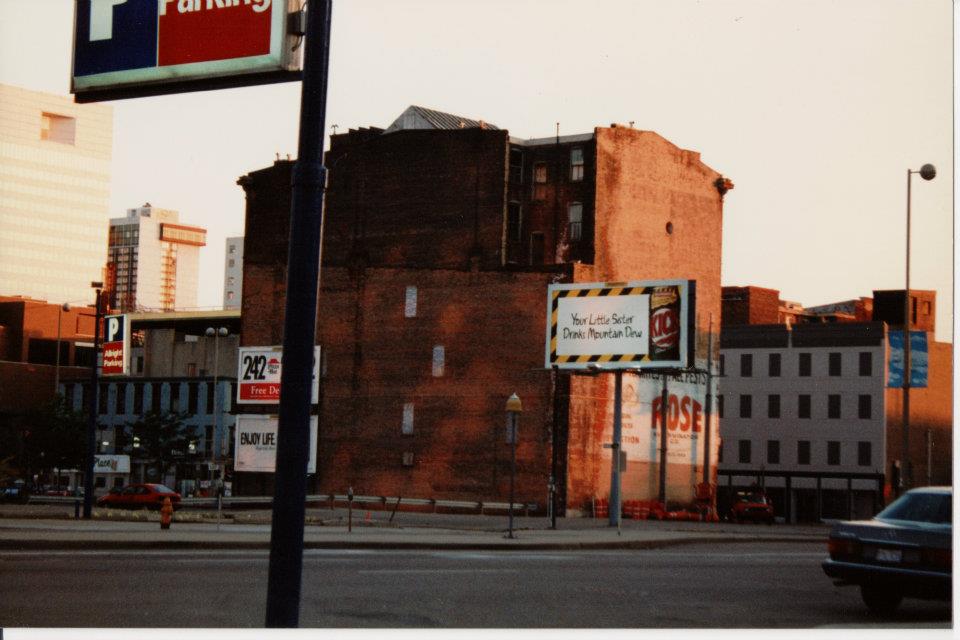 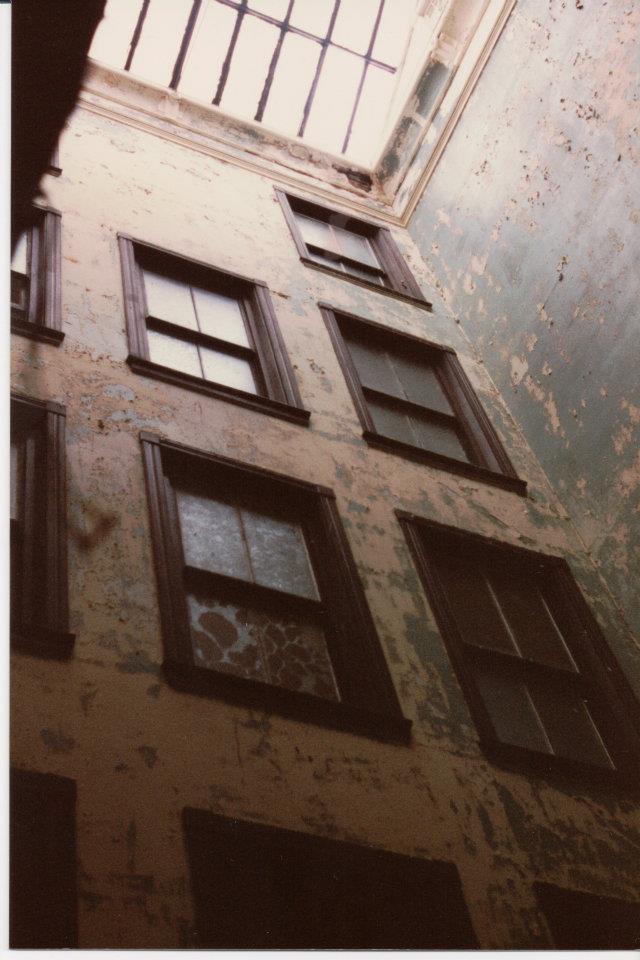 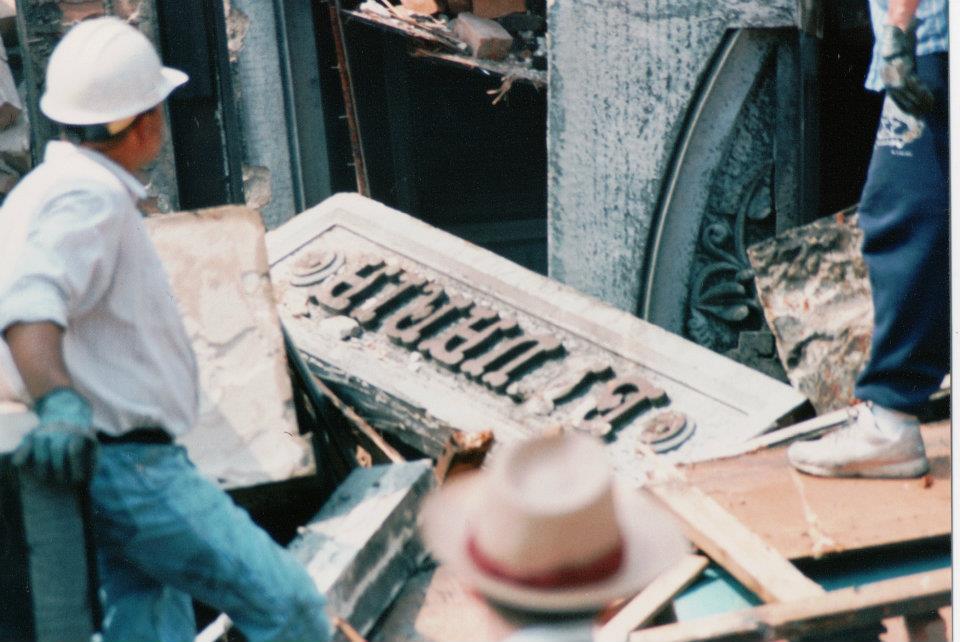 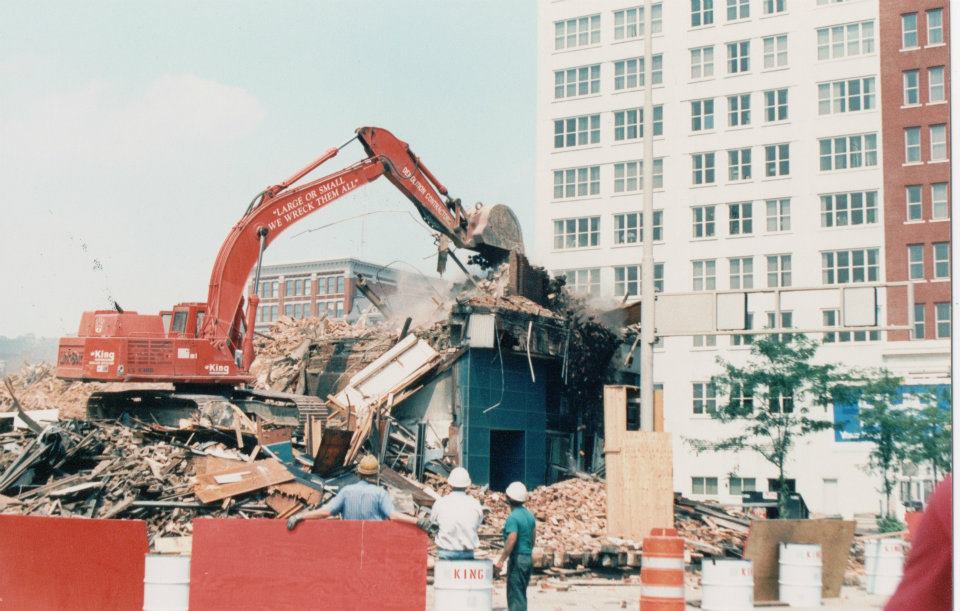 Posted by cincyhistoryluvr at 2:01 PM 6 comments:
Email ThisBlogThis!Share to TwitterShare to FacebookShare to Pinterest

Stumbling across pictures of Court Street in the 1920s got me thinking about the Court Street Market. When was it built? When did the market building come down? When did the street markets close? So many questions I just had to answer.
Court Street Market was started in 1829, according to this site, however the name was originally Canal Market, since it was located just one block south of the Miami Canal (present day Central Parkway). This made it very convenient for market sellers to gather there produce, meat and other goods to bring to their stands. According to cincinnativiews.net and confirmed by Avril-Bleh Marketplace and Delhi, there were tunnels that ran under the market for a "pig run" to deliver to the butchers. These tunnels also served as a place to hide during the Courthouse Riots of 1884.
While the market building stood between Vine and Walnut Streets, all of Court Street from Central Avenue to Main Street was once lined with market booths, selling all kinds of goods and produce. The market building was a common meeting place, with many political meetings mentioned in the newspapers.

By the turn of the 20th century, some residents wanted to limit the amount of street markets available. By 1912, the market building was declared a health hazard by the city and it was finally torn down in 1915.

Even though the market house was demolished, the stands lining the sidewalks remained for many years. In 1962, the Cincinnati Post & Time-Star published an article about the Court Street Market and noted there were still a few produce stands on the south side of the street, and the market was open just Tuesday and Thursdays.


In 1988, an effort was made by the city to spruce up the Court Street Market by renovating the sidewalk areas, the parking island and adding signs and a bell tower:
However, by 2003 only one vegetable vendor remained on Tuesdays and Thursdays as the city's attention turned to renovating Findlay Market. If you happen to visit one of the many businesses still open on Court Street, you will still see the remnants of the once bustling market.

Posted by cincyhistoryluvr at 5:27 PM 4 comments:
Email ThisBlogThis!Share to TwitterShare to FacebookShare to Pinterest

In honor of Black History Month, I want to highlight people from Cincinnati I have learned about over the years. The first is Henry Boyd, who I read about in "Front Line of Freedom" by Keith P. Griffler. This book is about the Underground Railroad and how African Americans were truly the leaders in starting and maintain this network to allow slaves to escape bondage in the South.

Henry Boyd was born into slavery on April 12, 1802 in Kentucky. His slave master gave him permission to earn money to buy his freedom. At the age of 18, he was employed by the Kenhawa Salt Works in present-day West Virginia, where he chopped wood and kept watch on the salt-kettles. After earning enough money, he went back to his master and paid to become a freed man. While in Kentucky, he learned the carpentry trade.
He journeyed to Cincinnati in 1826, using almost all his savings to arrive here. When searching for work in this city, he faced discrimination at every shop, even though there was plenty of work. He did find work with an Englishman after proving the quality of his work. However, the fellow journeymen refused to work with him and planned to quit their jobs. The shop owner decided he could not hire Boyd after all.

Dejected, Boyd finally found work unloading pig iron on the riverfront and was a loyal employee to the merchant, he was promoted to being the janitor for his store. When another carpenter was too drunk to install a counter for the merchant, Henry proved his skills so well that the merchant also hire him to build a frame building for him.
With the money from this job and others, Henry went on to create his own furniture shop, which stood at the corner of Broadway and Eighth Streets. His bedsteads were the feature of the business and in 1833, his invention was patented by George Porter, since African-Americans at the time were unable to legally secure patents themselves. His creative design, called "wood screw and swelled rail" allowed the frame to remain tightly assembled without the use of iron bolts.

Henry Boyd, Broadway, above Eighth street. This establishment has long enjoyed a distinguished reputation for bedstead work of high finish, fancy style, and excellent quality, although its operations are not confined to that article alone. Boyd works twenty hands.

The peculiarity of Boyd's bedsteads-which are the patent right and left, wood screw, and swelled rail-is the solidity of fit, when put together; which enhances their durability; as well as forms a perfect protection from vermin, which find no harbor at the joints.
Cist, Charles. Sketches and Statistics of Cincinnati in 1851.  Cincinnati: W. H. Moore, 1851.

Henry and his family lived on New Street, which ran between Sycamore and Broadway and 6th and 7th Streets. His name appears in the city directories starting in 1834. His business was very successful. In 1835, he was worth $3,000 (equal to $65,763 in 2012). He was able to also purchase his brother and sister out of slavery. His business employed people all of backgrounds, both black and white.

According to abolitionist Martin Delany, Boyd was "widely known among abolitionist". When Calvin Fairbank was released from a Kentucky prision after serving his time for freeing slaves, his first stop in Cincinnati was to see Henry Boyd. In previous years, Fairbank had brought fugitive slaves to Boyd's house. Boyd continued the slaves' journey on the Underground Railroad. Fellow abolitionist Huntington Lyman recalled in 1898 that he believed it was Henry Boyd's house that was "Station A", not the home of Levi Coffin, as is widely understood.
Being a successful African-American business man in the mid-1800s brought others to become jealous and fires happened more than once at his manufacturing business. This caused insurance companies to no longer cover his business. Shortly after 1860, Boyd closed the Broadway street shop, however he was still listed in the furniture business until 1870. He continued to live in his New Street home until his death on March 1, 1886. He is buried in Spring Grove Cemetery.
African-American historian Carter G. Woodson mentions Henry Boyd in his "Journal of Negro History" in 1916. He states that Boyd and his family were in favor of miscegenation, or the mixing of races, which was looked down upon by both African-Americans at the time.

"Moreover, having to do chiefly with white men he was charged by his people with favoring the miscegenation of races. Whether or not this was well founded is not yet known, but his children and grandchildren did marry whites and were lost in the so-called superior race." (Woodson)

Boyd's family was considered Mulatto (light-skinned) in the census records for 1850 to 1870 and white in 1880. It is possible that Henry was the son of his slave master and could explain why he could work to buy his freedom. Even with these negative accusations, Boyd clearly helped his fellow man with his hiring practices and involvement in the Underground Railroad.
Boyd's house on New Street was demolished sometime between 1904 and 1928. It was replaced with a parking garage. A newer garage was built in 1972, but there is no recognition for Henry Boyd and his contributions to this city and to the Underground Railroad.
Sources Used:
Cowan Auctions
Society of Friends, . "Henry Boyd." The Friend. (1881): 85. http://books.google.com/books?id=10crAAAAYAAJ&pg=PA85&lpg=PA85&dqn&sa=X&ei=uwzzUrGyI6qoyAHwzoDIBQ&ved=0CCUQ6AEwAA
Woodson, Carter G. The Journal of Negro History. (1916). http://www.gutenberg.org/files/13642/13642-h/13642-h.htm (accessed February 5, 2014).
Robert S. , Levine. Martin R. Delany: A Documentary Reader . Univ of North Carolina Press, 2003. http://books.google.com/books?id=9dBC2U-EgBsC&dq=henry boyd delany&source=gbs_navlinks_s (accessed February 5, 2014).
"Proceedings Ohio Anti-Slavery Convention. Held At Putnam, On The Twenty-Second, Twenty-Third, And Twenty-Fourth Of April, 1835.." . http://archive.org/stream/proceedingsofohi00ohio/proceedingsofohi00ohio_djvu.txt (accessed February 5, 2014).
Griffler, Keith P. Front Line of Freedom. The University Press of Kentucky, 2004.

Posted by cincyhistoryluvr at 9:42 AM 3 comments:
Email ThisBlogThis!Share to TwitterShare to FacebookShare to Pinterest
Newer Posts Older Posts Home
Subscribe to: Posts (Atom)