South Side of Government Square - Then and Now

I came across this photo while researching for a client. I was curious what happened to this block of buildings. These photos come from the Hamilton County Auditor and were found not long ago by their office. They have done an amazing job of digitizing and making them public. Some are even tied to current parcel numbers on the Auditor's website.
These were such a great collection of classic architectural styles, but I wondered why they were demolished and what took their place. After doing some map hunting, I realized their location, on the south side of Fifth Street, between Walnut and Main. These buildings became a gated park for the Cincinnati Office of the Federal Reserve Bank of Cleveland, which constructed their building at Fourth and Main in 1971.
But why? The 1960's were a time of urban renewal throughout the country and this also impacted Cincinnati. Buildings like these above were considered outdated and unsuitable to "modern" uses of the Space Age. An article from the Cincinnati Enquirer shows how the city was divided into blocks slated for redevelopment. A 1962 city ordinance allowed for the use of federal urban development dollars to replace "dilapidated business buildings in blighted areas of Cincinnati ...with fine, new, privately-owned buildings, with the help of private industry" Source 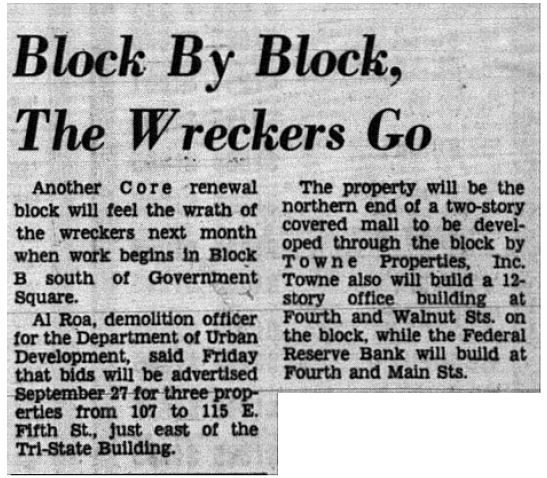 While it is hard to determine the exact age of each of these buildings, all but one appear on the 1887 Sanborn Insurance Map. The following maps document the changes in the block for 127 years.

A view of this block from the early 1920's
A view looking east on Fifth Street from Fountain Square, showing the change in the block.
And here is the view today, courtesy of Google Street View Maps: 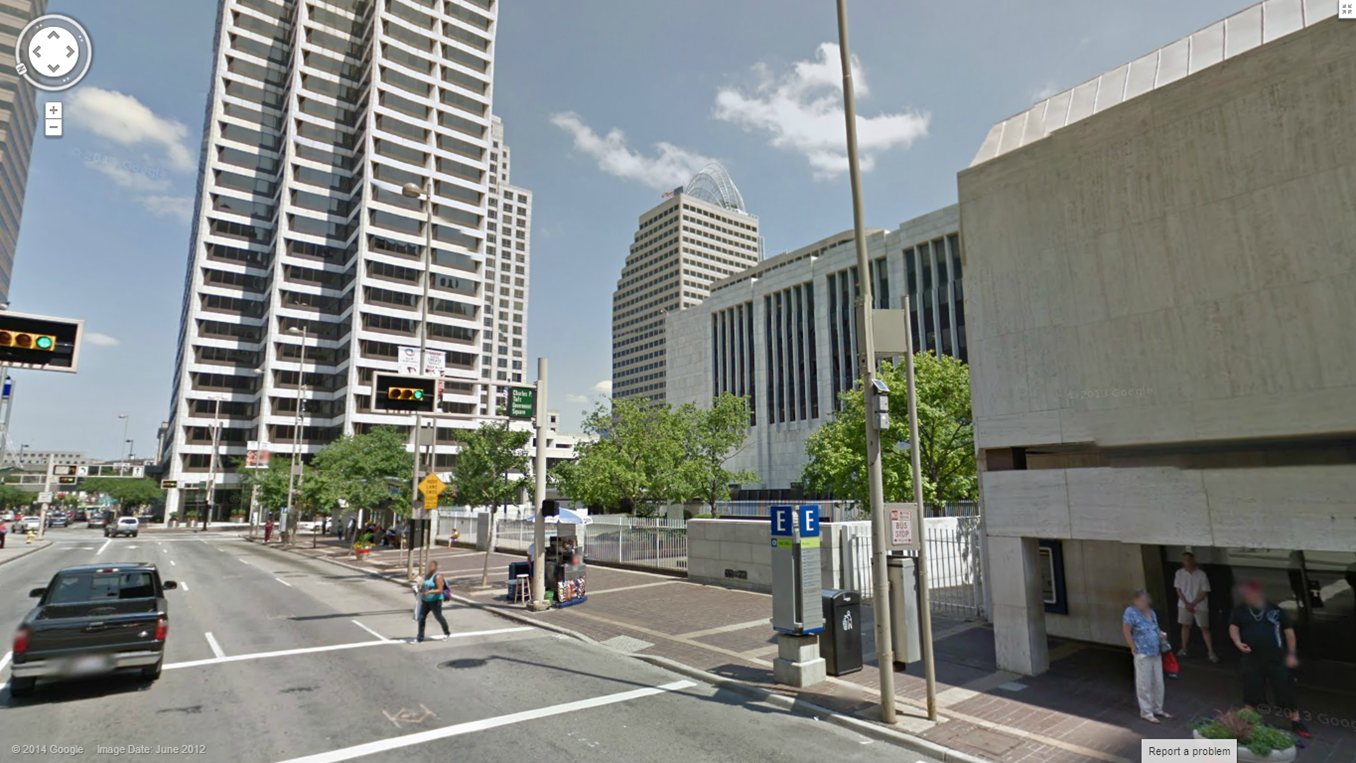 Today, the preservationist realize how the urban development plans of the past allowed for the demolition of much of our city's historic structures. They work to develop a balance of recognizing the city's architectural past and the need for modern facilities. However, it seems a private park on prime central business district real estate was a mistake for the demolition of these structures.
Posted by cincyhistoryluvr at 3:39 PM
Email ThisBlogThis!Share to TwitterShare to FacebookShare to Pinterest