This amazing home just came on the market! It hasn't been for sale for over 55 years. What a rare opportunity to own a historic and amazing home.

This home was completed in 1892 and designed by Lucian F. Plympton for Albert Day Fisher. Fisher was a very successful grain merchant who was born in Indiana. According to a 1979 Cincinnati Enquirer article, there are two legends as to why it was built in the Swiss-style. One is that Fisher and his wife spent their honeymoon in Switzerland and wanted their home to be in the same style, although they were married for over 10 years when the home was built. The other story is that Plympton's wife came from Switzerland and she inspired this home. However, census records show she was from Verona, Italy.

Once constructed, the home was featured in two issues of the Inland Architect magazine in 1896 and 1897. 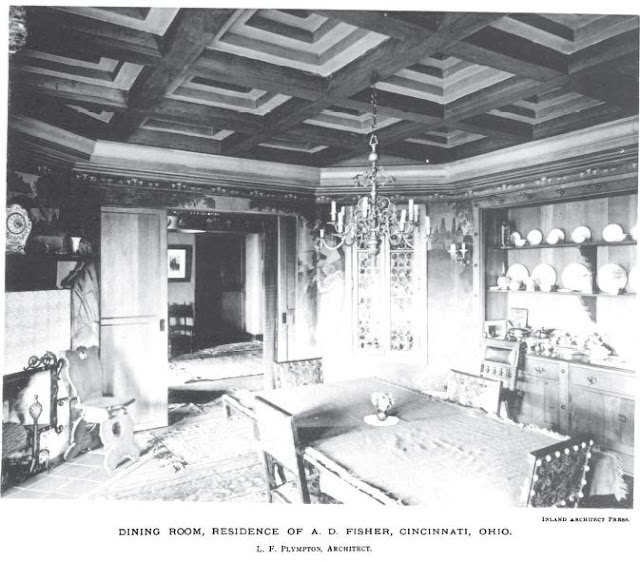 The Fisher family only lived here until 1907, when it was sold to Mark Davis, a business man in the insurance field. After his death in 1931, his wife and children owned the home until 1944. The home was sold in 1949 and again in 1959 to Katherine Hanna, who was the director of the Taft Museum.

Hanna shared the home with her longtime friend, Janet Weigel and they dedicated time and money to keeping up the home. Multiple articles featured the unique style and story of the chalet.
After Hanna's death in 1988, ownership transferred to her friend and companion, Janet Weigel until her death in 2017. The following photos were taken in the late 1990s and are courtesy of the University of Cincinnati's Architecture and Urban Planning Collection. 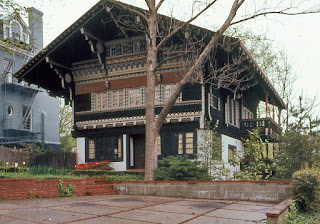 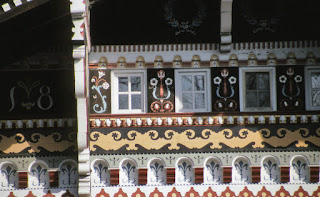 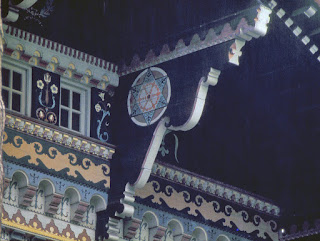 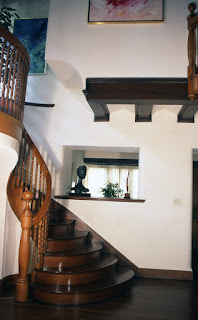 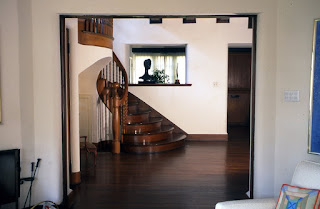 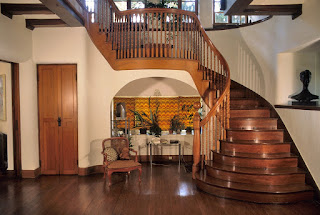 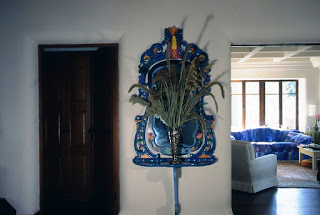 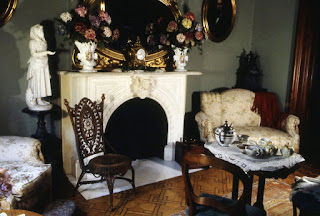 Now the home is ready for new owners to love it as much as Katherine and Janet did for nearly 60 years. Contact the listing agent for more information.
Posted by cincyhistoryluvr at 8:25 PM
Email ThisBlogThis!Share to TwitterShare to FacebookShare to Pinterest