Before Ruth Lyons Moved In

Let's go back in time to some historic maps. This is often the easiest way to trace back ownership of land and to see if a building on the old maps matches up with a present day map. I used the CAGIS maps to determine the property's Township, Range and Section (original divisons of the Symmes Purchase) so I could use the same information on the old maps.
The oldest map for Hamilton County that I have been able to locate is from 1847. This map shows a house in approximately the same location owned by H. Kendall.
To verify this information, I went to the Recorder's deed and mortgage files. The first series of the deed and mortgage index books from 1789 to 1859 are shown below.
This shows the transfers from the original Symmes Purchase down to Henry Kendall, the same name on the 1847 map. The structure on the map could be the house standing today, but there is no concrete proof of this from the records I found. The map below from 1856 shows H. Kendall as the owner, but there are no markings for structures.
The second series of deeds also matches the 1869 Titus Map, which now shows that Michael and Mary Cahill own the property and the small black square in front the 5.15 (acres) could be the house still standing today.

The third series has quite a few transfers and leases, so by the time of the 1884 map, Joseph H. Wolf owned the land but had rented it to Allen Haisley in 1883 and sold it to him in 1886.

In 1888, Allen Haisley purchase the lot to the north of his property from Martha Riddle, bringing his land to almost 15 acres.

Allen died in April of 1922 and the property transferred to his daughter, Nettie Eckoff. Nettie had married Joseph Eckhoff and their family lived in the house until they sold to Alice Taylor in 1946.

Alice Taylor sold the property to Herman Newman and Ruth Lyons just two years later in May of 1948. The following article describes their home: 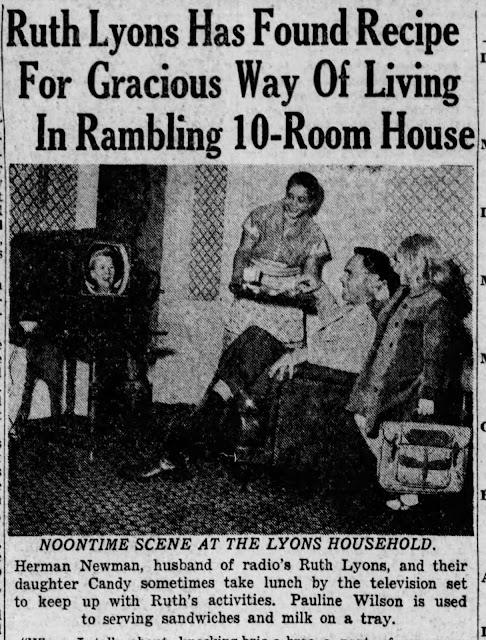 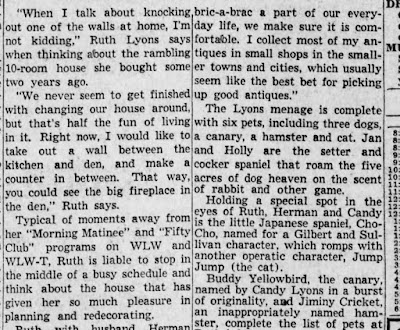 Ruth and her husband updated the property and their decor was featured in the April 1958 issue of American Home Magazine.
The current owners purchased the property in 1968 and after 48 years, are ready for the home to have a new owner. In a recent interview for WCPO, they hope the home can find a new family to love and appreciate the home's history. More photos from the listing real estate company can be seen below. 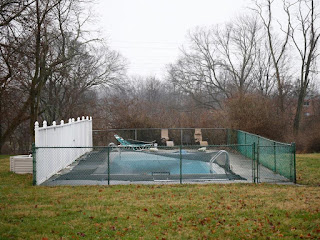 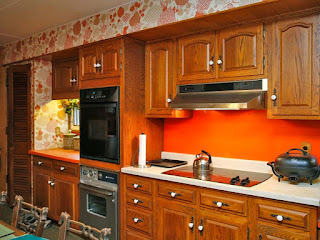 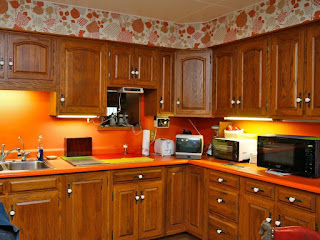 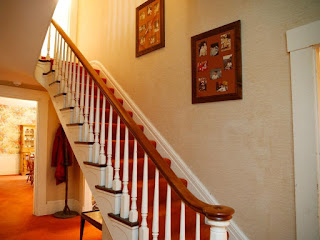 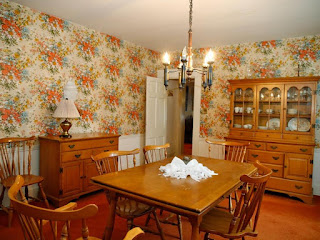 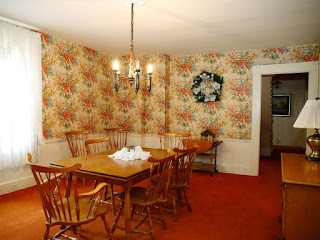 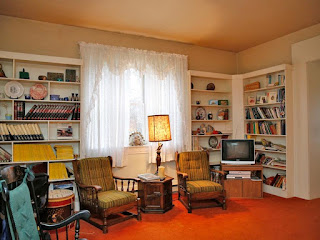 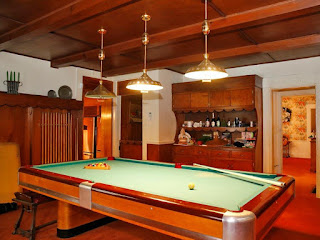 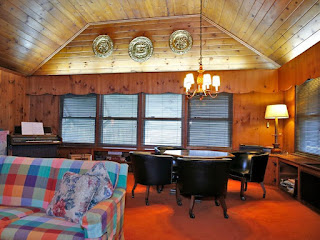 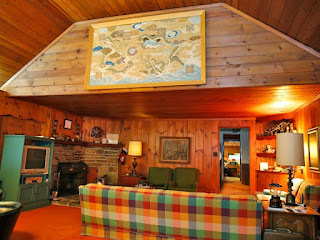 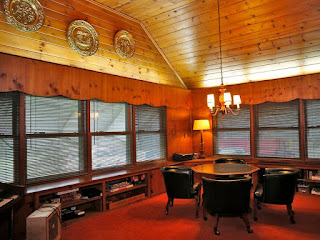 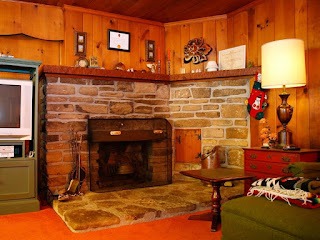 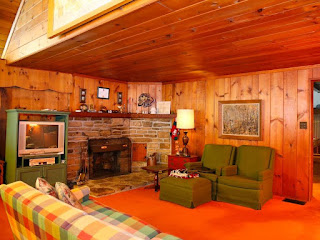 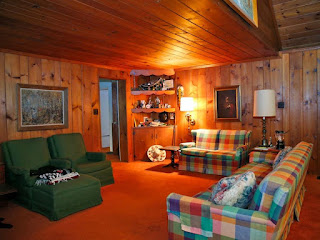 Posted by cincyhistoryluvr at 1:37 PM
Email ThisBlogThis!Share to TwitterShare to FacebookShare to Pinterest