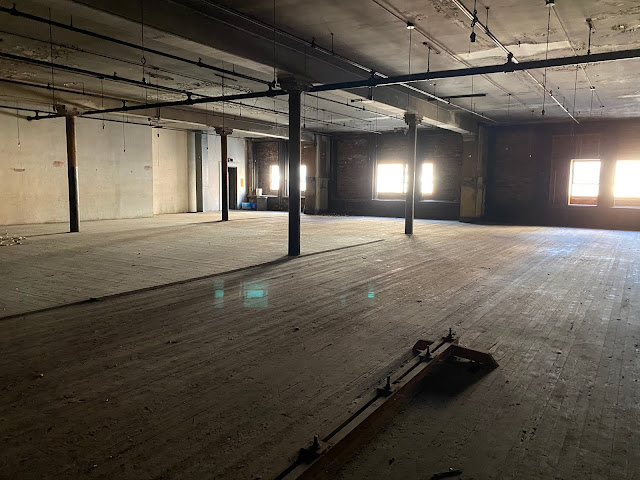 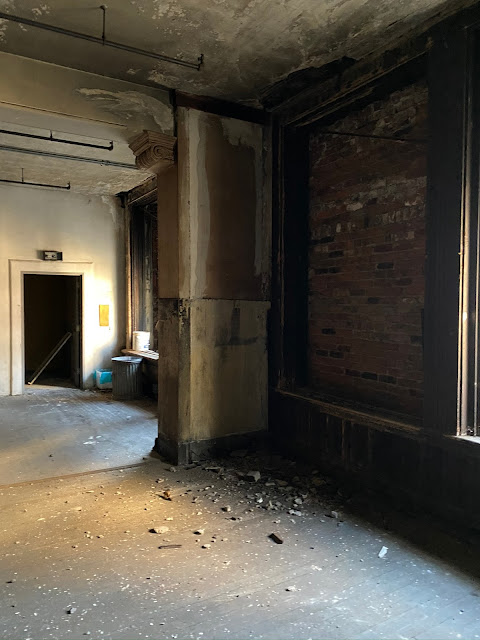 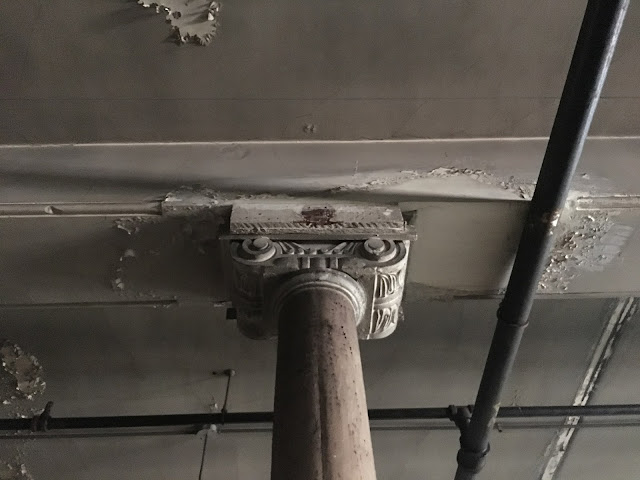 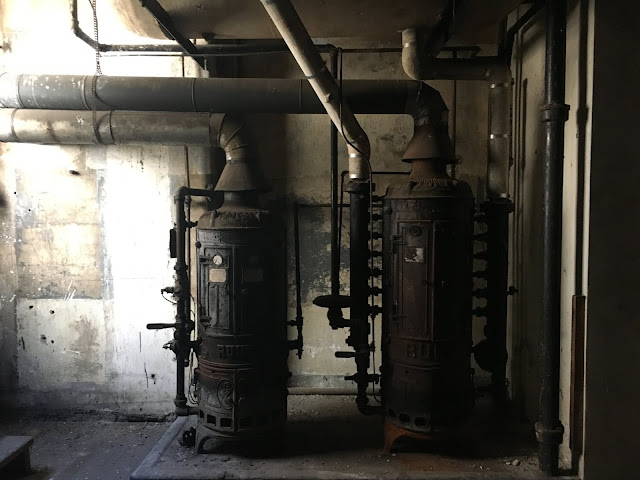 Kroger closed this location in late 1969, and in the following years, many stores and businesses have come and gone.
Top Value Stamps (continued since it was part of Kroger) until 1971 (?)
Singer Sewing Shop - 1970-1977
Levitation Clothing - 1977-1978
Wurlitzer Organs and Music Shop 1978-1981
Queen Optical - 1982
Citizens Federal - 1983-1984
Willis Music - ? - 1985
In 1993, Chong Nung Kim and Kil Jin Kim purchased the building, having opened their clothing store here in the 1980s. They closed their business to retire in May 2020 and now 3CDC is slowly revealing the beautiful details of these buildings, brick by brick.
I can't wait to see what the future holds, as they uncover the past to bring it into the present.
Posted by DiggingCincinnatiHistory at 6:18 PM 9 comments:
Email ThisBlogThis!Share to TwitterShare to FacebookShare to Pinterest
Newer Posts Older Posts Home
Subscribe to: Posts (Atom)